Not registered for the "CMO Hong Kong Innovation Series Day 1: Industry Case Studies" webcast and interested in signing up? Click below: 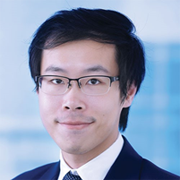 Head of Commercial and Brand

Having earned international exposures in North America, Oceania and Asia, Nixon is more than a traditional business professional who understands and appreciates the culture differences in a variety of team settings. With a strong belief that the entrepreneurial spirit could be applied in all business settings, the vision, the perseverance and the ownership are all that matters behind his success in each way. In 2018, he has earned an academic excellence award from his study in the HKUST MBA program. During his study in the Cornell University, he had won the First Runner-up in a health-care hackathon by re-defining the future of healthcare. With his current work as the Head of Commercial and Brand in Hong Kong Tramways, he was invited to become a guest speaker in RTHK, Metro Radio and a variety of marketing summits to share about the marketing transformation he brought to the company. To recognize his achievements that he had brought to the company and the society, he was nominated to become one of the Asia 21 Young Leaders and was awarded as the Hong Kong Influencers 2020.

Mr. Surrey Pau graduated from The Chinese University of Hong Kong and joined Chow Tai Fook Jewellery Group in 2005. In 2018 Surrey was appointed as Deputy General Manager in Executive Office of China Operation and Management Center. He is responsible for innovation and retail engineering projects as well as company’s Mainland China administrative management. For the past 14 years, he has stationed in Taiwan, Malaysia and the Western China Region for market expansion.