Improving the discovery of novel drugs with artificial intelligence

Start date: 2/3/2022
Start time: 2:00 PM EST
Duration: 60 minutes
Last year, Toronto-based Deep Genomics used artificial intelligence to scan 200,000 genomes from people with a variety of diseases, and in so doing identified a disease target—Wilson’s—as well as potential drug candidates to treat it. The drug is now advancing towards human trials.

Several other life sciences companies are now using AI throughout the development process to identify drug candidates, predict how they’ll perform in animals and humans, and more. Even well-established drug developers are implementing AI across their operations, including Roche’s Genentech, which recently teamed up with a Stanford University spinout to use AI to find new ways to drug hard-to-reach disease targets.

We’ll cover the newest and most innovative AI solutions that have been developed for the life sciences industry, gathering tips from technology developers and pharma executives on using these new tools to boost R&D. Topics include: 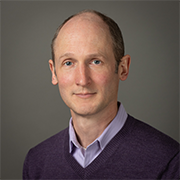 Andrew A. Radin is the co-founder and Chief Executive Officer of Aria Pharmaceuticals. Andrew created the company’s first drug development algorithms as part of his studies in biomedical informatics at Stanford University in 2014. Since co-founding Aria, Andrew was named an Emerging Pharma Leader by Pharma Executive magazine, was invited to give a TEDMED talk, and was named a Top 100 AI Leader by Deep Knowledge Analytics. In addition to his duties as CEO at Aria, Andrew serves as an advisor to Stanford University’s SPARK drug development and Stanford University’s StartX startup accelerator programs. Prior to co-founding Aria, Andrew served as Chief Technology Officer at several successful internet startups. His prior projects have reached tens of millions of people in telephony systems, advertising networks, video games, and geographical mapping systems. Andrew studied Biomedical Informatics at Stanford University’s SCPD graduate program and holds a Master of Science and Bachelor of Science degrees in Computer Science from Rochester Institute of Technology. 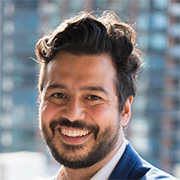 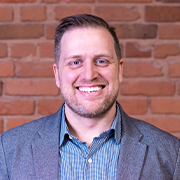 Michael Wilson has over a decade of experience in bioinformatics and metabolomics research with a background in Biological and Computer Sciences. He has co-authored 19 scientific publications and one textbook, as well as participated in two international data exchange committees for bioinformatics data formats. As the CEO at DrugBank, Michael leads the strategic direction, operations, management, and business development teams to drive the company's growth. Today, DrugBank has millions of users and customers located in more than 20 countries. 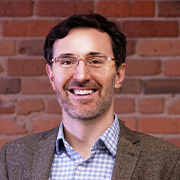 Craig Knox has spent more than 15 years in computing science, genetics, and metabolomics and bioinformatics research. For a decade, Craig served as a bioinformatician and team lead at the University of Alberta’s Genome Canada Helpdesk. He then went on to work as a software engineer in Santa Monica before co-founding a global bioinformatics consulting company. Today, as co-founder and CTO of DrugBank, Craig leads an impressive team of software developers and curators, focusing on technology strategy and alignment, AI applications, and data integration and quality.
© 2022 Notified All rights reserved.